Love Is In the Air: What to Watch on IZZY for Valentine’s Day

We we rounded up with the best romantic films on IZZY, just in time for Valentine’s Day!

An innocent and honest relationship between a religious Yeshiva scholar and an 18-year-old cancer patient turns out to become an intimate and passionate love story that transcends the rules of religion, society, and faith.

Israel is a country of extreme diversity. When people here fall in love, the mix can be both explosive and beautiful. Lure’s “Love In” is a series in that looks at the unique ways couples around the globe express their love for one another.

In the episode “Love In: Israel,” the director explores six couples from vastly different backgrounds, ages, religions, and sexual orientations who share their unique stories of love in Israel.

This short film is told through the eyes of Aaron, a simple Wailing Wall guard who follows a mysterious, beautiful woman’s notes in the holy stones of Jerusalem.

Arriving at the international airport on his way to Jerusalem, a man mistakes a woman in arrivals to be his driver. The two strangers set off to the city where he is to judge a music competition and they slowly begin to connect.

An Israeli couple decides to leave the big city and start fresh by building a house in the countryside of the Galilee. While their dream home is being built, the foundations of their relationship slowly collapse.

Featuring Aviv Alush, Israel’s hottest actor, “Allenby” is an addictive psychological drama series which takes place in the depths of Tel Aviv’s nightlife, and gives gripping insight into the secret underworld of a local scene that is famously restricted in Israel. Many passionate love affairs take place throughout the series.

Alma, a young and attractive media star living in Tel Aviv seems to have it all: money, fame, smart friends and a bright future ahead. Yet, she feels something is amiss in her life. One day, an anarchist film student, Ben enters her life and together they set off on a journey which eventually brings them to become religious and accept the ultra-orthodox lifestyle. 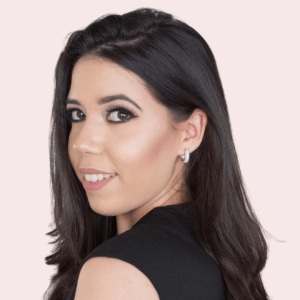 Liliana is the Marketing Manager for IZZY. She graduated with a Business Administration degree from the University of State of Amazonas and now lives in Haifa.

Get one email a week with the latest and greatest from Israel like you’ve never experienced it before!