7 Things We Learned From the Hit New Docu-Series, ‘Iron Dome’

“Iron Dome,” created by Nati Dinnar and directed by Uri Bar-On, is a new three-part

documentary series that details the untold story of Israel’s secret weapon, and the world’s

Here are the top seven things we learned from this series:

The city is located less than one kilometer from the Gaza Strip, which means it takes a

matter of seconds for a rocket to land. The government did not take the threat seriously,

much to the disappointment of the city’s mayor at the time, Eli Moyal.

2. In June 2004, the first death casualty from a rocket was a 4-year-old child who died while walking with his mother near his kindergarten.

for a defensive solution to protect the citizens from the falling rockets.

3. The first protection element was the “Color Red” siren warning system, which alerted the residents when to seek shelter.

Even though the city set up more shelters, the siren only gave them a 15-second warning

before rockets would land!

4. Although Danny Gold managed to illustrate a potential solution for intercepting rockets in the sky, the IDF generals did not approve his project right away.

The Israel Defense Forces did not believe in operating defensively, but rather wanted to

attack the threat with offensive weapons, which is why they initially opposed a budget

5. During the Second Lebanon War in 2006, Hezbollah fired 4,000 rockets to all of Israel’s northern cities.

Although Israel’s Minister of Defense at the time, Amir Peretz, was a resident of Sderot, the

the Iron Dome project needed to be pushed forward.

And they promised it would be finished and operational within just three years!

7. The development of Iron Dome was financed fully by Israel…

But U.S. President Barack Obama’s administration actually funded most of the batteries

and the thousands of missiles that were used since 2011. Each Tamir missile costs 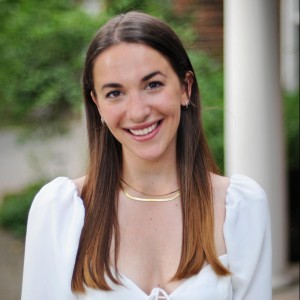 Tali is the publisher of IZZY The Magazine and serves as Director of Communications for IZZY Stream Israel. Tali is originally from Chicago and now lives in Tel Aviv.